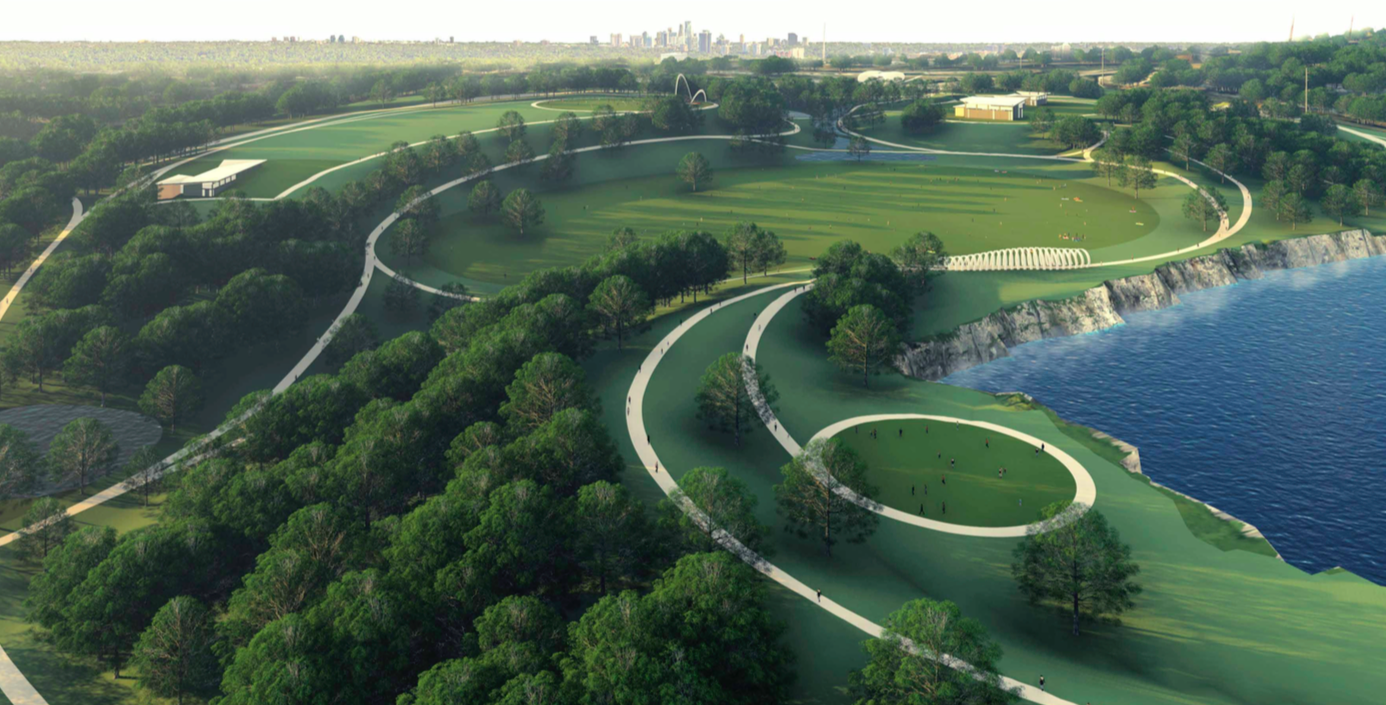 At summit this morning, local leaders and project officials also announced the Southside Trail is officially open as an interim trail.

Beltline leaders, intown developers, and City of Atlanta officials convened at Midtown’s Park Tavern this morning to reflect on how far the massive multi-use trail project has come, and how far it has to go.

Also on the agenda: dropping a bombshell, in terms of Atlanta green space financial contributions.

The biggest news to break was the announcement that Arthur M. Blank Family Foundation is contributing $17.5 million to support the Westside Park at Bellwood Quarry project, an initiative that’s expected to ultimately create the city’s largest public green space.

The Blank Foundation’s contribution to the project’s initial phase, which broke ground about a year ago, will be combined with a $26.5 million investment from city coffers.

Officials say the foundation’s grant will specifically be used to enhance public access, neighborhood connectivity, and longterm sustainability for a section of roughly 50 acres—or about 20 percent of the envisioned park.

That first piece of what’s slated to ultimately span some 280 acres—almost 100 acres larger than Piedmont Park—is scheduled to open next year.

“We want these Westside communities to feel like this is their park where residents, neighbors, and visitors are connecting and gathering because that is when Atlanta is at its very best,” Arthur Blank, the foundation’s chairman and Atlanta Falcons and United owner, said in a statement following the event.

In other Beltline-related news, Bottoms announced the four-mile Southside Trail is officially open as an interim hiking trail now, and Beltline CEO Clyde Higgs said concrete is on the way. It includes access to 11 public streets, beefed-up bridges for safety, crosswalks, signage, and lighting in tunnels.

“We are about to start paving a portion of the Southside Trail. Our [Request for Proposals] is going to hit the street in the next two weeks,” Higgs said.

The first section that would be paved runs from the southern reaches of the Westside Trail to roughly Pittsburgh Yards, near the point where the corridor crosses under the Connector, just south of downtown.

The entire Southside Trail, as officials pointed out, will be “shovel-ready” at some point next year. Construction will hinge on funding.

Added Rob Brawner, the Atlanta Beltline Partnership’s executive director, in a separate statement: “The opening of the Southside Interim Trail is a major achievement, as neighbors and visitors will now be able to move along 12 continuous miles of paved and interim trail from Washington Park to Ansley Park.”