With the Braves in first place, here’s what to know about summer at SunTrust Park 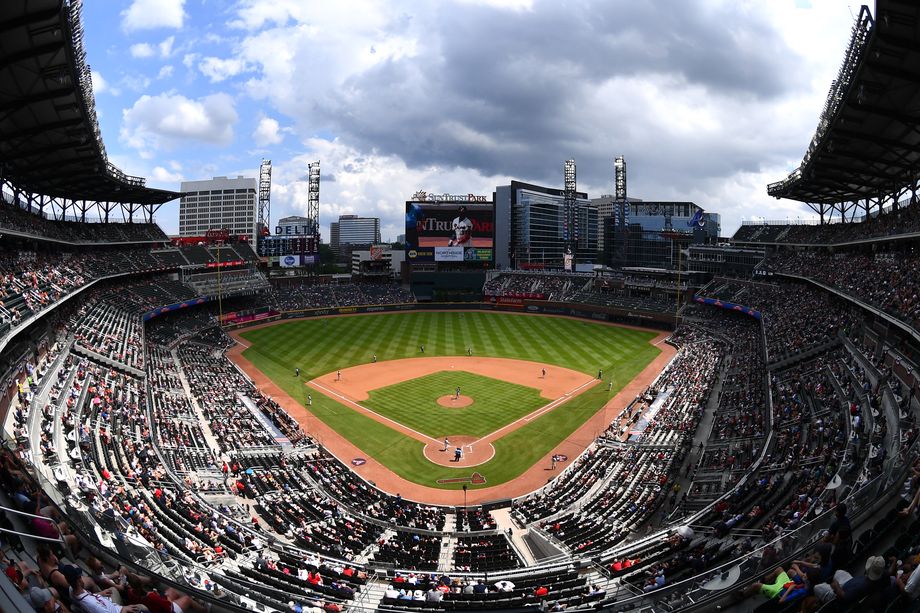 The ballpark and its surrounding mixed-use development have welcomed new shops and eats for the 2019 season.

Despite a rocky beginning to the 2019 season, the Atlanta Braves are squarely back on top of the National League East standings at the moment, like it’s 2005 or something.

With a multi-game lead and sweltering summer in full swing, there’s ample time for the Bravos to crack more homers, steal more bases, and make their bid for the fall’s World Series championship. (Bleacher Report says the team has 19-1 odds at winning the 2019 Fall Classic.)

Of course, that also means opportunities abound this year to scarf down hotdogs, cold beers, peanuts, and crackerjacks at the Braves’s still-new stomping grounds, the soon-to-be-renamed SunTrust Park. Tickets for upcoming weekday games this summer can be had for as little as $8—or even $6 through StubHub.

Here’s what you need to know to best enjoy a baseball-filled summer in metro Atlanta.

How to get there

Sited near the intersection of Interstate 75 and the I-285 Perimeter in Cobb County’s Cumberland area, The Battery at SunTrust Park is easily accessible by car. Barring traffic, that is.

You can pre-purchase parking passes online, and the Braves would prefer you don’t try to park in the surrounding residential neighborhoods. Paying for onsite parking the day of your visit can only be done via credit card.

Ride-hailing vehicles are also regularly stationed at the corner of Windy Ridge Parkway and Heritage Court, near the southwest part of the development.

But if you’re a transit user, you can hop aboard Bus 12 from the Midtown MARTA station all the way to Cumberland Mall. From there, take the Cumberland Circular Shuttle (blue or green route) to get to The Battery and SunTrust Park.

And remember that Smyrna recently banned dockless e-scooters and bikes, just in case you were planning to use one to get to Cumberland.

Where to eat and drink

There’s no shortage of places for stuffing your face and swigging a cold beer at the stadium or The Battery. A few options:

How to get tickets

Of course, as with everything else in the 21st century, you can always score cheap seats tickets online—via the team’s website, a reputable online retailer, or somewhere more clandestine—but you can also do things old-school.

The box office is located at the corner of Battery Avenue and the Main Plaza across from the Coca-Cola Roxy music venue. On game days, the ticket office opens at 10 a.m. and closes after the fifth inning.

On non-game days, tickets are sold onsite from 9:30 a.m. until 2 p.m., except on Sundays, when the office is closed.

The ever-evolving Battery at SunTrust Park welcomed some fresh additions this season, such as Terrapin Taproom’s new outside bar area.

The Battery also recently brought aboard Burn by Rocky Patel, “an evolution in cigar lounges,” that offers a wide range of cigar options, high-end cocktails, and live performances.

And, as of June 15, The Battery even boasts its own boxing gym, the Nashville-established Pepper Boxing.

Fans of the fast-urbanizing Cobb County can also look forward to elevator giant Tyssenkrupp building its sky-high $240 million headquarters next door. That project will boast a 420-foot elevator testing tower, which will peer over The Battery.

Frequent patrons of SunTrust Park should also be prepared for a possible stadium name change. Banking giant BB&T is merging with SunTrust Banks, and namesake stadiums in Atlanta and afar will likely be christened anew once the consolidation is complete.