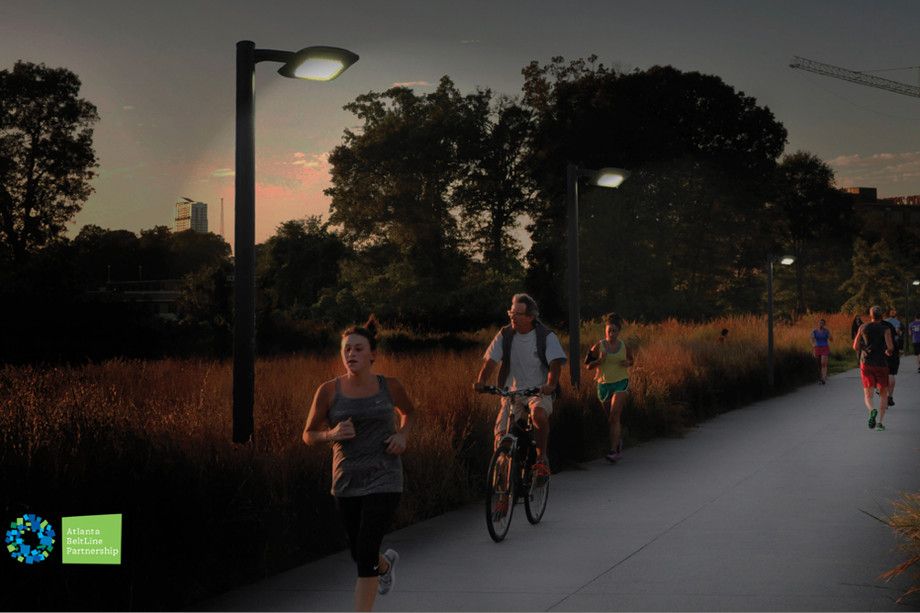 A search for contractors to tackle the project has officially begun

At night, in places along the Atlanta Beltline Eastside Trail’s original stretch, there’s little more to light the path than the faint LED glow of uncollected e-scooters.

For years, patrons of the popular path, which opened to the public in 2012, have been waiting for lighting to be installed between Irwin Street and Piedmont Park.

In 2016, the Atlanta Beltline Partnership even launched a “Light the Line” campaign to raise $1.1 million for a project that would erect self-dimming lamp posts every 90 feet along the trail.

The campaign didn’t quite go as planned—ABI identified public money that could help fund the project, so the initiative ended—but the money remains in place, Beltline officials told Curbed Atlanta in March.

Now, it appears the illumination initiative has taken a significant step toward actualization.

This morning, on the procurement section of the Beltline’s website, an Invitation to Bid for the lighting project popped up.

Interested contractors have until July 11 to submit their proposals.

Once the Beltline selects a company, crews will have 10 days to get started and about six months to finish the whole project.

A Beltline spokesperson told Curbed in March that construction is expected to kick off before year’s end, but it sounds like progress could be visible well before then.

The project entails more than just lighting, as contractors selected will be charged with installing security cameras along the path.

All told, the project is slated to cost about $1.5 million.